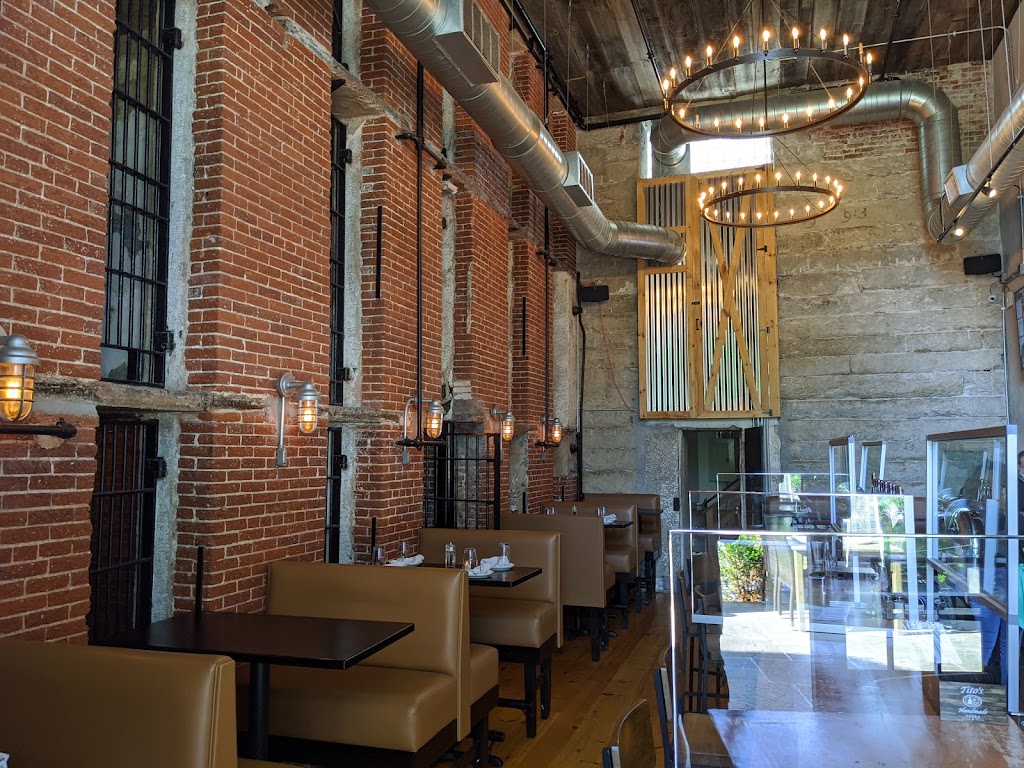 Go directly to Jail Do not pass GO, do not collect $200. This ride takes us to the Litchfield County Jail. The oldest building in the town, it was built in 1812 and had a capacity of 120 prisoners. When Connecticut eliminated County government in 1960, the state took over the jail. It ceased operating as a prison in 1993 and was sold to private investors in 2013.

Looking to develop the site, plans emerged to combine it with some nearby buildings and as construction came to a close in late 2018, the building had been converted to four luxury residential apartments, two financial advisory firms, a bakery, several boutiques, and a popular restaurant.

The restaurant named the Market Place Tavern is our destination for this ride. Featuring options like the Jailhouse Burger, fish & chips & even Tavern Truffed Mac & Cheese, it should be a great meal to go with the 3 hour meandering route we have planned to get there.

12:15PM Arrive at restaurant in Litchfield after a nice 108 mile meandering route.

There are a few gas stations down the street from the restaurant to refuel the bike after lunch.

Routes for the ride

Routes are available as a GPX file of the track to ensure most compatibility with your GPS.  You can convert the track into a route on your GPS and display the track as well to confirm accurate routing.