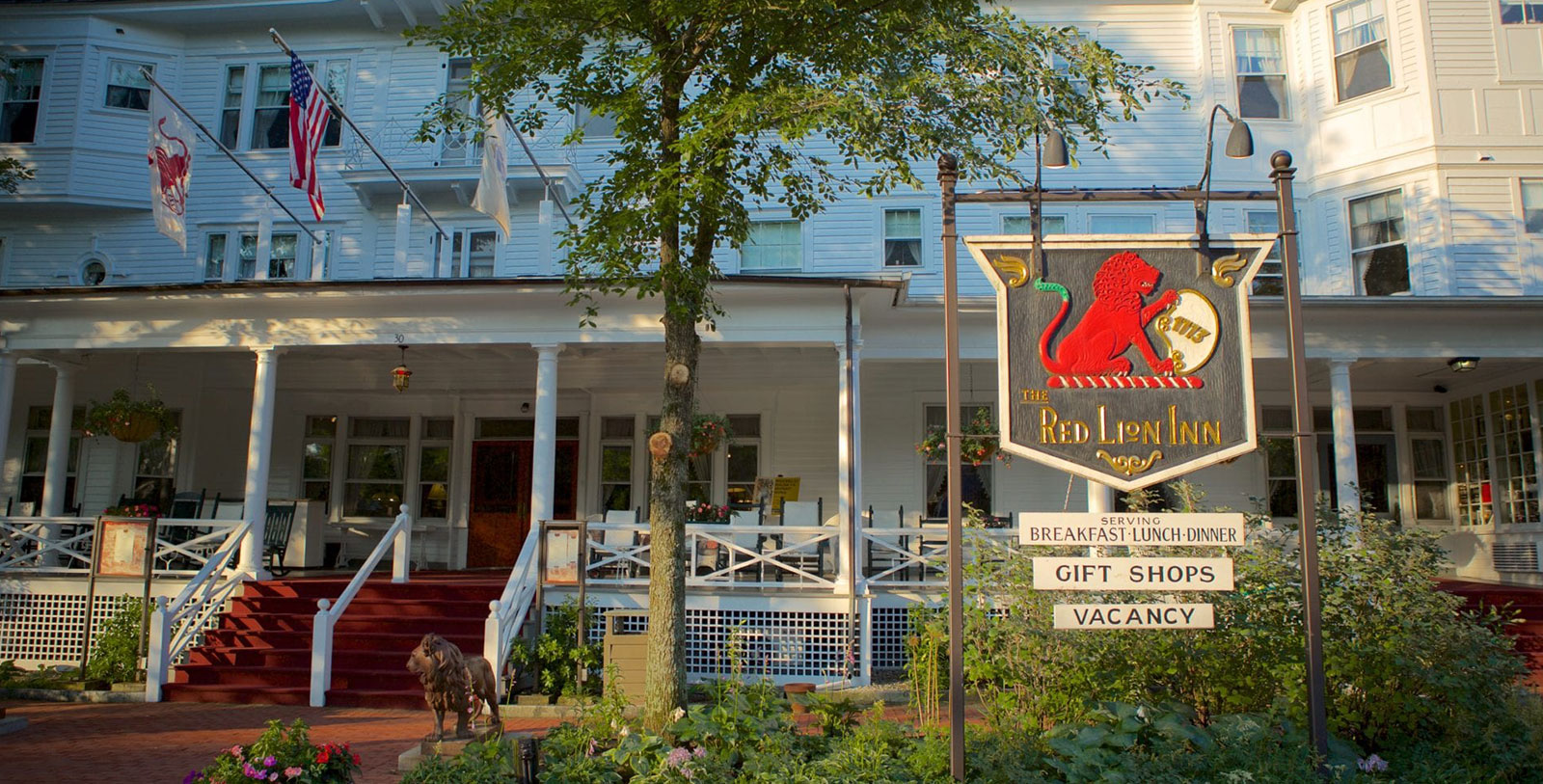 The Berkshires are calling. The mountains of western Massachusetts and some of the finest roads for two wheels are part of our day ride to the Red Lion Inn in Stockbridge Massachusetts.

Stockbridge was the location of Alice’s Restaurant in the song of the same name by Arlo Guthrie which describes the town as having “three stop signs, two police officers and one police car.

According to tradition, Silas Pepoon established a small tavern on the corner in 1773, under the sign of the Red Lion. It was a welcome stop for stagecoaches traveling the dusty road between Albany and Boston.

With the arrival of the railroad in 1850, Stockbridge developed as a summer resort for the wealthy of Boston and other major cities. Many large houses, called Berkshire Cottages, were built in the area before World War I. One estate on the Lenox border, Tanglewood, was adapted for use as the summer home of the Boston Symphony Orchestra.

By 1884, the Red Lion Inn was known as the Stockbridge House and had been enlarged to accommodate 100 guests. The summer hotel, open from May through October, was one of several rambling wooden hostelries in the Berkshires. More additions were made in 1892 and 1894, but a fire destroyed the entire building on August 31, 1896.

Miraculously, the rebuilt hotel opened the following May 1897. The building was virtually unchanged until the early ‘60s when private baths were added in the South Wing and a swimming pool was installed.

The Inn is still an active hotel, but has numerous restaurants including an outdoor courtyard where we plan to have lunch.

Our route uses highways to the northern part Connecticut and then we hit the fun back roads into the eastern parts of the Berkshire mountains before we head west to Stockbridge for lunch at the Red Lion Inn.

Sunday July 10th is our date for the trip

~10:15 Arrive at first fuel stop. First leg is slab on highway of about 74 miles to Winsted CT

After lunch we can explore the Inn and Stockbridge for a bit before we head south 7 miles to Great Barrington where there are several fuel options. You can either take backroads like 22 back down or head a bit further west and grab the Taconic with roughly 2 hour travel time to return.

Assumption is we wrap up lunch and exploring the town around 3PM. Figure 15 minutes for fuel stop and about 2 hours to get back home means arrival at home around 5:15PM

The route to the Inn is split into two legs.  The first leg brings us to the fuel stop and is mostly highway.  The second leg is when we hit the fun roads.  The GPX file is a track to ensure maximum compatibility with your GPS.  You can convert it to a route in your GPS and also display the track to confirm you are directed correctly.  The Rever routes are also split into 2 legs in the same way.

One thought on “Red Lion Ride”